Preface - What is this?

As of this month, a new type of event will occur bi-monthly - nothing other than an incident! Going forwards, these will be sim-wide but ultimately minor events that changes the look of the sim, encourages RP, and adds to the fanon storyline on Gensokyo in SL.

These are just for fun and participation is entirely optional!

And so spring comes to an end, and the heat of summer begins... or, does it?

While many of Gensokyo's residents were preparing for the hot sun, it would seem it's been rather rainy lately. Too rainy, in fact. Humans and youkai alike have complained of flooding and thunderstorms, and it doesn't seem to be letting up.

It only took so long until an official call to action was given, officially identifying the current events as 'the rainy season incident'. Now, in addition to the rain, there's an air of hostility between the denizens of Gensokyo and anyone they deem 'suspicious'. Youkai with an affinity for water have been blamed, though one true culprit has yet to be found.

Whoever they are, they must have a reason... right? Maybe it's time to do some investigating.

>The day cycle has been changed to reflect the stormy weather.

>Rain and puddles can be found throughout the main level of the sim.

>If you use the Neckbeards Anonymous RP HUD provided at the rp center, the weather has changed to now always be some form of rain or storm* (*Or... it will be. It's giving me problems @w@)

>Some familiar faces can be seen around the sim, they may fill you in on what's happening! If you find the culprit, who knows - maybe they'll have a defeat reward in store?

To get started, click the notice board either at spawn or outside the RP center in the human village! There also seems to be someone looking for help at said RP center… 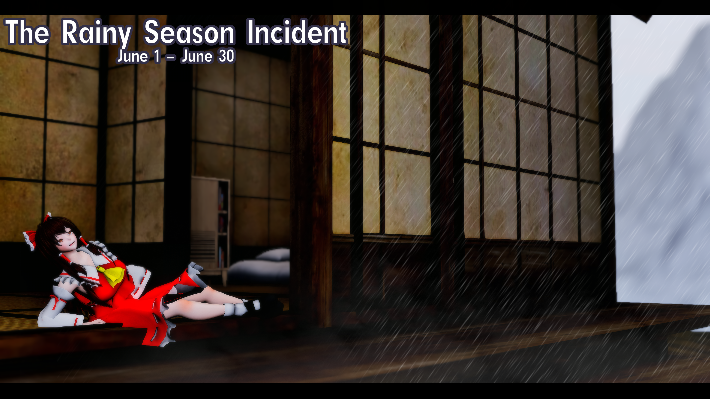